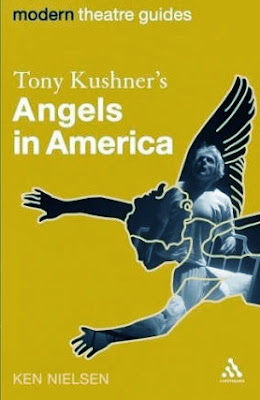 "The third reason I agreed to do this is that I wanted to try to write a speech about writing, which is ostensibly among my assignments tonight. Wanting to try to write about writing is different from wanting to write about writing, or actually writing about it. At fifty-seven years of age, having made my living as a playwright, I feel I ought to be able to write about writing. I’ve tried on several previous occasions and I’ve always failed, sometimes at great length. […]
Even if I was another sort of writer, a writer-writer, a litwright rather than a playwright, I’d be apprehensive offering you advice about writing. I could tell you that in an occupation the chief demand of which is to try hard to tell the truth, momentary truth or permanent, to generate meaning, one of the surest paths away from success, however you define it, and toward failure is to allow yourself knowingly, willingly, opportunistically to lie. […]
I’m utterly unsuited to the task of telling you how to live a happy, disciplined writer’s life. I’m a slow reader, a deliberate tortoise of a thinker rather than the intellectual gazelle I would like to be; I’m undisciplined and unhappy writing and expect to be until the writing stops. I find a remarkable number of things to do in a day much more compelling than writing. I could give you absolutely sterling advice on how to avoid writing, how when you run out of things to do other than going to your desk and writing, when every closet is reorganized and you’ve called your oldest living relative twice in one day to see what she’s up to and there isn’t an unanswered e-mail left on your computer or you simply can’t bear to answer another one and there is no dignity, not a drop left, in any further evasion of the task at hand, namely writing, well, you can always ask your dentist for a root canal or have an accident in the bathtub instead."
— from a speech by Tony Kushner, The New Yorker
Read more…
Posted by Elora Writers Festival at 2:13 PM