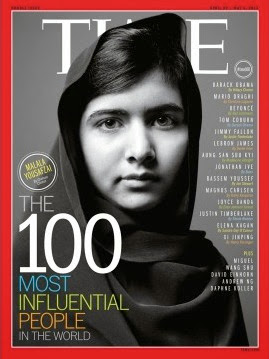 "Education officials in Pakistan have come out against teenage activist Malala Yousafzai’s new book and have banned it from private schools in Pakistan, according to a report from The Associated Press.
Yousafzai, who was shot in the head by the Taliban last year after criticizing the group’s interpretation of Islam, released her memoir I Am Malala with The Orion Publishing Group last month. 'I hope the book will reach people around the world, so they realise how difficult it is for some children to get access to education,' she stated in a press release for the book."
— Dawn Dilworth, GalleyCat
Read more...
Posted by Elora Writers Festival at 1:50 PM