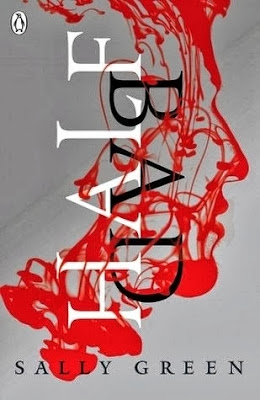 "After JK Rowling's wizards and Stephenie Meyer's vampires, publishers and producers have now been spellbound by a first novel about witches written by a former accountant. Sally Green, 52, had no desire to write until three years ago. Yet her supernatural thriller about witches living secretly among us in contemporary Britain has been snapped up by publishers in 36 countries, from Canada to Ukraine, who see her as a potential big hit, with stories that will appeal to teenagers and adults alike.
Advances for a trilogy of novels are expected to earn the author about £1m. The film rights have been bought by Fox 2000 and Karen Rosenfelt, who produced The Twilight Saga, inspired by [Stephenie] Meyer's vampires.
In the story, black and white witches are divided by hatred but united by a fear of a boy called Nathan, who is descended from both sides – "wanted by no one; hunted by everyone.'"
— Dalya Alberge, The Guardian
Read more...

Buy this book here...
Posted by Elora Writers Festival at 11:30 AM