“[…] people want their suffering to mean something.” 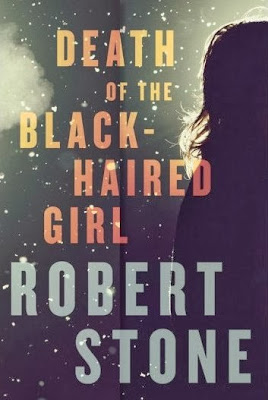 “There was a time, a little more than a decade ago when I lost a thread that I had been following up until that point, and I was left with nothing. So I sat in a house by the ocean in South Dartmouth, Massachusetts and read all the novels that Robert Stone had then written—Hall of Mirrors, Dog Soldiers, A Flag for Sunrise, Children of Light, and Damascus Gate. They were bedtime stories I could trust—the kind that ended badly. […]

David Samuels:
There’s an encounter that Americans have again and again with other people in other places, where they come in with a burst of belief in some grand project. Meanwhile, the natives are sitting there and looking at them like this and wondering, ‘what kind of con is this? Are these people out of their minds? Or maybe they’re supermen.' And then there’s a moment where the Americans are standing there, in whatever strange place they are planning to make over in their own image, and everything starts to vibrate and then they realize that something in the edifice they’ve built in their mind’s eye isn’t solid, and then you hear the crack. And then something awful happens. Eventually, the people living there have to go and sweep up the mess and get on with their lives, which is just another one of the messes that foreigners have made in their yard.
Robert Stone:
Which is their history.
David Samuels:
Is our history based on some kind of belief or ignorance that condemns us to repeat that cycle again and again, in new places?
Robert Stone: I don’t know. I don’t know the answer to that question. It often seems that way.”
— David Samuels (in conversation with Robert Stone), The Daily Beast
Read more…