"Do something to it." 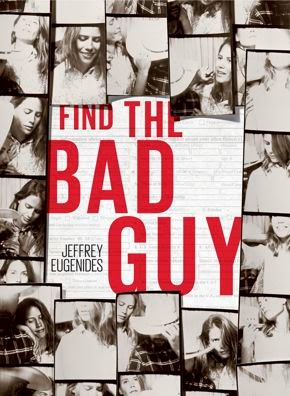 "Jasper Johns, in explaining how to make a work of art, kept things simple. 'Take an object,' he said. 'Do something to it. Do something else to it.' The first time I heard that quotation, it struck me as an oversimplification. But I’ve changed my mind. At bottom, the creative process really is that simple.
My experience of writing Find the Bad Guy is a perfect example. I didn’t start out with Charlie D. being a Texan. The first drafts of the story were told in a different voice entirely. The narrator wasn’t even called Charlie D. One day, dissatisfied with the pages I’d written, I decided to do something to them. So I re-wrote the story in a Texas twang. Some days later, I did something else: I made Charlie a Michigander putting on this Texan voice. The story is about truth and deceit, so the more convoluted Charlie’s voice became, the better. It seemed funny to me that Charlie was actually from the upper Midwest and had picked up his accent as an adult. It also showed how estranged he was from himself, and hinted at the repercussions of this estrangement, which aren’t in the least bit funny but as serious as can be. After I had the voice, I kept doing things to the narrative. I gave Charlie a job in radio. I gave him a German wife, and made her very tall. I kept doing things to my paper object until it became a story. Dozens of small little decisions, one at a time."
— Jeffrey Eugenides, via Cressida Leyshon, The New Yorker
Read more...