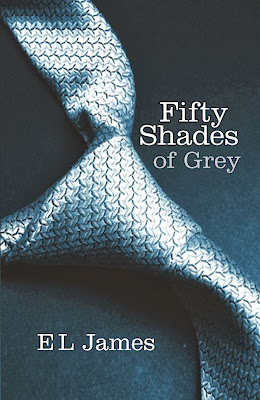 “Traces of herpes have been found on a copy of EL James’ popular erotic novel Fifty Shades of Grey.
Scientists in Belgium were undertaking an experiment to see how germ-covered library books are when the bestselling series tested positive for the virus.
Herpes was found on one other title among the examined books, Belgian detective writer Pieter Aspe’s Tango.
Reactions to the findings have been mixed, with one Time reader asking, ‘Are we slut-shaming books now?.’
Traces of cocaine were also found in EL James' series, after scientists conducted toxicology screenings on the library's ten most-borrowed books.”
— Jess Denham, The Independent
Read more…

By spanking-new copies of these books here...
Posted by Elora Writers Festival at 3:16 PM