In the past, the quintessential setting of a mystery or detective novel was always either 1) the mean streets of some heartless and corrupt US city, or 2) the musty and genteel drawing room of an country manor near a quaint village named Burton-le-Coggles, or some such place. I'm exaggerating, but you get the picture.
What is really gratifying about the crime fiction of today is that setting has been liberated. We have entered a world where anywhere is ripe for skulduggery and intrigue: from Stieg Larrson's Sweden to Donna Leon's Italy.
And who can forget our own home-grown bounty of books by such crime fiction masters as Louise Penny (Quebec), Howard Shrier and Robert Rotenberg (Toronto), and Anthony Bidulka (Saskatchewan)?

"What a great honour to be asked to be Writer in Residence for this month, and to proudly hold the banner of Canadian Crime Fiction. Especially since that banner has been designed and created by some of the world’s best writers—who also happen to be Canadian, and happen to use crime fiction to explore what it means to be human. Giles Blunt, Maureen Jennings, Barbara Fradkin, Peter Robinson (a Brit, but a man who chooses to live in Canada, so we bestow upon him the honour), William Deverell, Ian Hamilton—and many, many more."
— Louise Penny, CBC Books 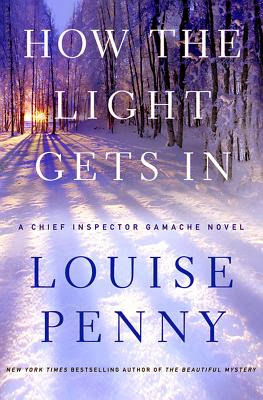 "A four-day blizzard has left the village of Three Pines looking like a toy town sheltered under a snow globe. But this secluded Canadian hamlet, tucked away in a valley deep in the mountains, contributes more than its picturesque setting to Louise Penny’s latest mystery, How the Light Gets In. You might even say Three Pines is the hero of the novel.
Chief Inspector Armand Gamache of the Sûreté du Québec, the honorable detective in this series, often visits the village just to let its eccentric but kindhearted residents restore his faith in humanity. This time the inspector comes looking for something more — a safe haven. Demoralized and increasingly isolated, Gamache is battling an unscrupulous superior.
'We’ve killed his career, his department. We’ve killed his credibility and broken his spirit,' gloats one of the man’s conspirators. But when the safety of two loyal friends is compromised by their undercover research into rampant police corruption, Gamache is able to spirit them away to Three Pines."
— Marilyn Stasio, The New York Times
Read more…

Buy books by all the authors mentioned in this post here...
Posted by Elora Writers Festival at 12:06 PM