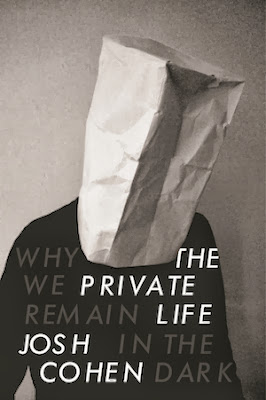 “In Henry James's 1893 short story The Private Life, the narrator makes alarming discoveries about two members of his holiday party while holed up in a village in the Swiss Alps. After an evening spent listening to the table-talk of the London playwright Clarence 'Clare' Vawdrey, he steals up to Vawdrey's room where he sees, 'bent over the table in the attitude of writing,' the man he thought he'd left downstairs in the company of his friends. Vawdrey, it seems, is double: there is his public self, which according to the narrator is burdened by 'neither moods nor sensibilities,' and his private, writing self, which remains hidden.
The effortlessly suave raconteur Lord Mellifont, meanwhile, suffers from the 'opposite complaint.' He is 'all public,' the narrator says, he has 'no corresponding private life.' There's nothing behind the pristine mask of his public self: Mellifont is all performance.
Josh Cohen discusses this story in his elegant and suggestive book. For him, James's tale can be read as a premonitory parable of the modern culture of celebrity, at the centre of which is the public's apparently insatiable demand for celebrities to be 'no more or less than they appear' – that, like Lord Mellifont, they show us everything. Celebrities themselves collude in this demand and go to considerable lengths, as Cohen puts it, to 'disappear seamlessly' into their public persona. They persuade their acolytes that there's nothing left over, no private remainder that, Vawdrey-like, they keep locked away from prying eyes.”
— Jonathan Derbyshire, The Guardian
Read more…