a giant in the shadows 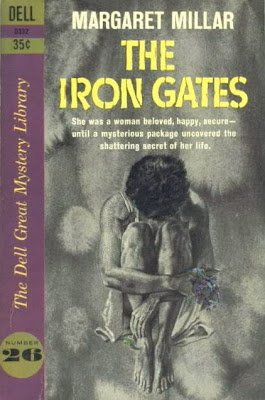 “Perhaps you’ve heard of [Margaret] ‘Maggie’ Millar. She’s a literary suspense author who, at the onset of World War II, explored female characters as they battled the daily accretions of frustrated ambition and blocked power, often while trying to keep a grip on their own sanity.
Later, in the 1960s, Maggie’s perspective expanded, and she delved into the mores and corruptions of a stratified society that resembles our own today. She dissected the delusions of the Golden State at a time when the rest of the country still believed in the eternal sunshine of the Edenic kind. The people who lived in this paradise, and lived in Millar’s fiction, often reached far beyond their financial or moral means, playing dangerous games that pitted loved ones against each other. Sometimes, these people escaped the law, but they always wound up serving some sort of life sentence.
Maggie, who spent much of her life in Santa Barbara, ranks among the best fiction writers of the late 20th century. She was a master of character, a genius of plot twists, and a superb stylist. It’s rare to find those three talents in one literary package, yet, over the course of a 55-year-long career, Maggie maintained her high standards throughout her 27 books, short stories, half a dozen screenplays, poems, radio stories, and one touching memoir. Plus, she did it while struggling to raise a child, keep a house, and deal with a husband who later became more famous than she.
Perhaps you’ve heard of Ken Millar. He wrote under the pseudonym of Ross Macdonald and created the Lew Archer detective series, which paid homage to the hard-boiled detective masters Dashiell Hammet and Raymond Chandler, and he eventually joined them in that genre’s pantheon of men.
Maggie was never included in that group, which annoyed her greatly.”
— Los Angeles Review of Books
Read more…