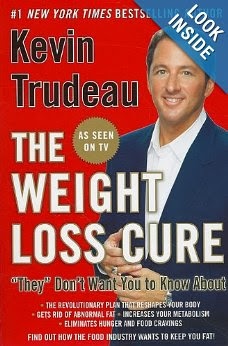 "Jurors in Chicago found author and infomercial host Kevin Trudeau guilty of criminal contempt Tuesday for making false claims about his book, The Weight Loss Cure They Don't Want You to Know About. In a series of infomercials, Trudeau claimed the book revealed a 'miracle substance' discovered in the 1950s and kept secret by food companies and the government that allows people to eat anything, not exercise and not gain weight.
In fact, the book prescribed daily exercise and a 500-calorie-a-day diet. Trudeau was charged with violating a 2004 court order prohibiting him from making false claims regarding his book. In an unexpected move, U.S. District Judge Ronald Guzman had Trudeau taken into custody immediately after determining that the author, who prosecutors think has millions of dollars stashed in overseas bank accounts, was a flight risk. 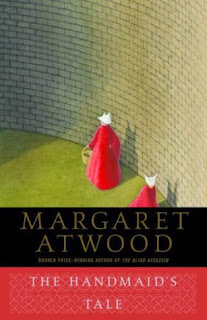 Margaret Atwood writes about Dave Eggers' The Circle and the 'prison' of living in public: 'Publication on social media is in part a performance, as is everything "social" that human beings do; but what happens when that brightly lit arena expands so much that there is no green room in which the mascara can be removed, no cluttered, imperfect back stage where we can be "ourselves"? What happens to us if we must be "on" all the time? Then we're in the twenty-four-hour glare of the supervised prison. To live entirely in public is a form of solitary confinement.'"
— Annalisa Quinn, NPR
Read more…
Posted by Elora Writers Festival at 1:36 PM