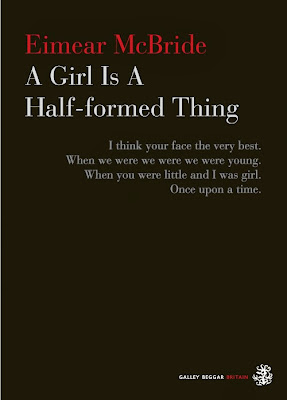 "Irish-British writer Eimear McBride has won the inaugural £10,000 Goldsmiths prize for her 'boldly original and utterly compelling' novel A Girl is a Half-formed Thing, which was originally rejected by publishers for being too experimental.
McBride said there was 'a long time when I thought I would never have this book published, and I felt quite depressed about the state of publishing as a result. To have a prize like this is a really wonderful thing to encourage writers to be adventurous … to encourage publishers to be adventurous … and readers to be adventurous.'
The book is a stream-of-consciousness account of an abused young girl who goes off the rails. Reviewing it in the Guardian, Booker prize-winning writer Anne Enright described McBride as 'that old fashioned thing, a genius, in that she writes truth-spilling, uncompromising and brilliant prose that can be, on occasion, quite hard to read.'"
— Liz Bury, The Guardian
Read more…
Posted by Elora Writers Festival at 3:01 PM