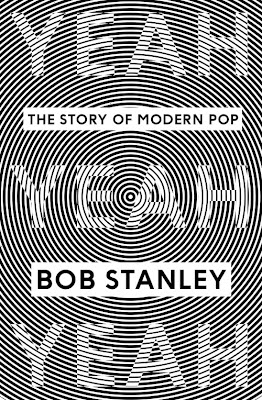 "One of the few people capable of undertaking this huge task [a history of pop music] is Bob Stanley. He's the co-founder of the three-piece band Saint Etienne who, since 1990, have fashioned a vast body of collage pop that joyfully absorbs elements of dub, 60s girl groups, English folk, German techno and Swedish groove, and allies them to stylish melodies and savvy lyrics. Perhaps because of his background as editor of Caff fanzine and later as a journalist for Melody Maker, he's always been attuned to the relationship between words and music: Saint Etienne have commissioned LP sleevenotes by the likes of Douglas Coupland, Jeremy Deller and Jon Savage.
Yeah Yeah Yeah, as its title suggests, is a love song to pop. It sticks up two fingers to 'rockism,' that school of rock historiography which prizes authenticity, musicians who play their own songs, real instruments over software, artistes above one-hit wonders, sweaty men rather than pretty women.
Stanley writes well about both Dylan and Donovan, but it's clear that he prefers the latter. Elsewhere he talks up under‑heralded soul singers Barbara Mason and Barbara Lewis rather than paeaning Hall of Fame-types such as Aretha Franklin, argues that Sweet were superior to Led Zeppelin, and champions the effervescence of Whitney Houston's 'How Will I Know' over the earnest, showy melismatics of her later hits such as "I Will Always Love You'."
— Sukhdev Sandhu, The Guardian
Read more...
Posted by Elora Writers Festival at 2:48 PM