The Birth of Death 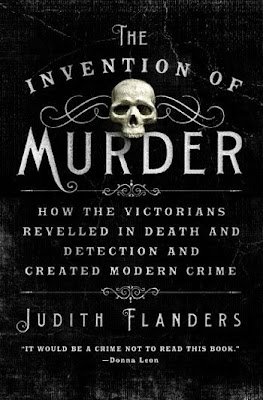 “'There is such a grand murder in the paper,' says a well-bred elderly lady in Emily Eden’s nearly forgotten 1859 novel, The Semi-Detached House. 'A whole family poisoned … It is really very interesting and I like a good murder that can’t be found out; that is, of course, it is very shocking, but I like to hear about it.'
She was very much not alone, as Judith Flanders’ exhaustively researched but endlessly absorbing new book, The Invention of Murder: How the Victorians Reveled in Death and Detection and Created Modern Crime, explains. Flanders recounts how true crime, specifically homicide, became an obsession in British popular culture during the 19th century, a theme for everything from traveling fairground puppet shows and wax museums to tourism, the theater and the novel. Running alongside her descriptions of some of the most notable or exemplary murders of the era is a history of detective fiction, as it evolved from earlier forms of entertainment and storytelling to become one of the most popular genres of the 20th century and beyond."
— Laura Miller, Salon
Read more…