"sentences... pretty in their pettiness" 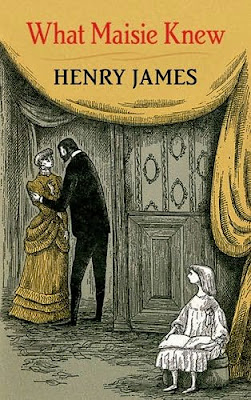 "At the tender age of 21 Henry James was deeply in love with words. Sometimes he may have been in love with them for the sake of their sound and placement rather than their meaning, at least so when he was a young man...as he grew older, James became one of those few people who never wrote a bad sentence (according to Mr. McMurtry). However, in 1865, he wrote some lovely-sounding sentences that were mechanically semi-pure if not accurate in what they were saying, but certainly sounded pretty in their pettiness.
It was in The Nation on 21 December 1865 that James wrote what is a very good example of this beautiful nothingness when he brought out his pen and stabbed Charles Dickens in the heart.
He was reviewing Our Mutual Friend, but he managed at the very beginning to say that it was not simply that this novel was not good, but that everything Dickens had written in the previous ten years—back to when James was 11—was 'poor with the poverty not of momentary embarrassment, but of permanent exhaustion.'"
— Ptak Science Books
Read more…

Buy books by Charles Dickens and Henry James here...
Posted by Elora Writers Festival at 11:33 AM