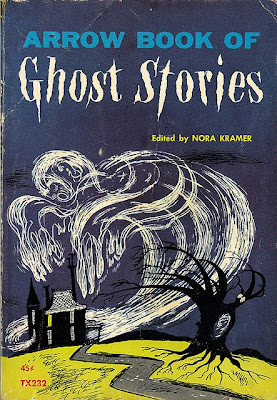 The Arrow Book of Ghost Stories was the first book I ever bought. From Scholastic, needless to say. I was in Grade 5, I think—Mr. Brethour's class—and I used paper route money to buy it.

"Chances are you have had contact with Scholastic Publishing at some point in your life: You might have read their magazines in school, or bought a book at one of their book fairs, or perhaps you've read Harry Potter or The Hunger Games? From its humble beginning as publisher of a magazine for high schoolers, Scholastic has become a $2 billion business and one of the biggest children's book publishers in the world.
Scholastic is a leader in the school book fair business — which is in keeping with the company's origins. Nearly 100 years ago, the company started out by building its business in schools.
'If you think of Scholastic, it's a relationship company with teachers and parent and kids,' says Dick Robinson, Scholastic's chairman and CEO. 'And it succeeded by going on from generation to generation.'
Scholastic was founded by Robinson's father, M.R. Robinson. In 1920, he set up an office in his mother's sewing room and published a four-page magazine distributed in 50 high schools. More magazines followed, and in the 1940s, Scholastic introduced book clubs into schools. By the time Dick Robinson took over as CEO in 1974, Scholastic was a respected educational publisher."
— Lynn Neary, NPR
Read more...
Posted by Elora Writers Festival at 12:59 PM