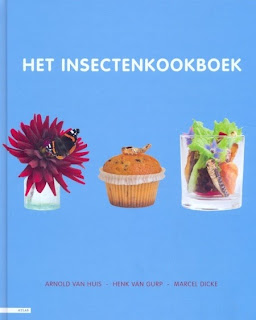 "… To mark the book launch in Wageningen, specialist insect chef Henk van Gurp will try to set a record for cooking the world's biggest grasshopper pie.
Research by scientists at the university showed that insects could provide the best source of protein to meet the needs of a rising population. Currently, 70 percent of agricultural land is used for livestock production.
Dicke said that with the world population expected to hit 9 billion by 2050, it will be difficult to provide enough protein for everyone because there will not be enough land for raising livestock.
The nutritional value of insects is similar to those of meat, and the emission of greenhouse gases from insect production is a hundred times lower than in pig production, the university said."
— Ivana Sekularac, Huffington Post
Read more…