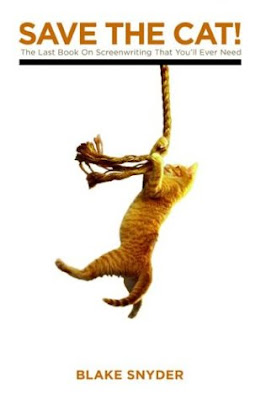 "When [Blake] Snyder published his book [Save the Cat!] in 2005, it was as if an explosion ripped through Hollywood. The book offered something previous screenplay guru tomes didn’t. Instead of a broad overview of how a screen story fits together, his book broke down the three-act structure into a detailed 'beat sheet': 15 key story 'beats'—pivotal events that have to happen—and then gave each of those beats a name and a screenplay page number. Given that each page of a screenplay is expected to equal a minute of film, this makes Snyder’s guide essentially a minute-to-minute movie formula.
Snyder, who died in 2009, would almost certainly dispute this characterization. In Save the Cat!, he stresses that his beat sheet is a structure, not a formula, one based in time-tested screen-story principles. It’s a way of making a product that’s likely to work—not a fill-in-the-blanks method of screenwriting.
Maybe that’s what Snyder intended. But that’s not how it turned out. In practice, Snyder’s beat sheet has taken over Hollywood screenwriting. Movies big and small stick closely to his beats and page counts. Intentionally or not, it’s become a formula—a formula that threatens the world of original screenwriting as we know it. 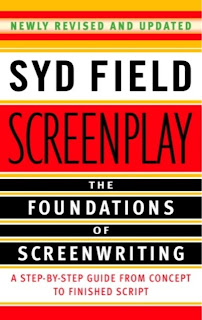 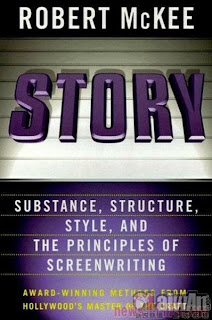 Field’s Story Paradigm, for example, has just a handful of general elements attached to broad page ranges. Field and McKee offered the screenwriter’s equivalent of cooking tips from your grandmother—general tips and tricks to guide your process.
Snyder, on the other hand, offers a detailed recipe with step-by-step instructions."
— Peter Suderman, Slate
Read more…

Buy all of these books here...
Posted by Elora Writers Festival at 2:01 PM