Steamboat Willie Up The Amazon


"Facing the loss of their exclusive rights to Mickey Mouse, Donald Duck and other cartoon stars, Walt Disney Co. executives led a successful lobbying campaign to secure an extra 20 years of protection for their U.S. copyrights.
Congress passed the legislation, now awaiting President Clinton's signature, to extend the copyrights that otherwise would have expired beginning in 2003.
Disney Chairman Michael Eisner took his concerns directly to Senate Majority Leader Trent Lott (R-Miss.). The company's political action committee also contributed to key lawmakers.
'We strongly indicated our support for the measure,' said Ken Green, a spokesman for Disney, whose copyright on Mickey Mouse was scheduled to expire in 2003, on Pluto in 2005, on Goofy in 2007 and on Donald Duck in 2009.
Richard Taylor, a Motion Picture Association of America spokesman, said Disney worked very hard on the issue. MPAA also used its heavyweight lobbyist President Jack Valenti, who called on his decades-old contacts with legislators.
The change in the law allows corporations to have exclusive rights for a total of 95 years, instead of 75 years. For individuals, such as authors and songwriters, it extends copyrights to a total of 70 years after death, up from 50 years."
— Opposing Copyright Extension
Read more... 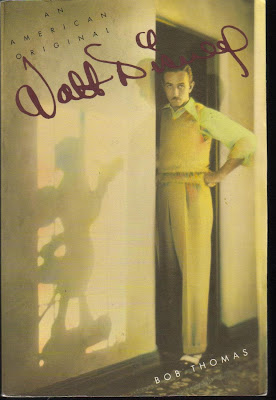 "When Congress passed the first Copyright Act in 1790, copyright protection lasted for 14 years, and authors could apply for a single 14-year extension. After a book’s copyright term expired, the work would fall into the public domain and become available for anyone to reproduce it.
But Congress has repeatedly extended copyright terms. Today, new works are protected by copyright for the life of the author plus 70 years, and some works are still under copyright 90 years after they were published. Rebecca Rosen at the Atlantic spotted some research by Paul Heald at the University of Illinois law school that illustrates how the longer terms of modern copyright have affected the availability of older books.
Heald examined a random sample of new (e.g. in-print) books on Amazon and plotted their distribution. His results were surprising.…
Why the dramatic drop-off in the number of titles being published after the 1920s? Works published before 1923 are known to be in the public domain, giving publishers the right to republish them without asking anyone’s permission."
— Timothy B. Lee, Washington Post
Read more…

"Disney is famous for getting copyright-term legislation passed that extends protection on old materials and thus protects their interest in Mickey Mouse, their iconic character. One of the first appearances (Wikipedia claims it's the third appearance) of this character is in the cartoon short Steamboat Willy. This short has been at the center of much of the debate around copyright on the character.
Recent work suggests that, in fact, the character in Steamboat Willie is not copyrighted any longer. If that's so, Mickey Mouse as he's presently constructed is probably a too-close derivative work to be claimed under separate copyright and thus the mouse may be out."
— Alan Wexelblat, Copyfight
Read more…

Buy books about Walt Disney and his creations here...
Posted by Elora Writers Festival at 12:59 PM