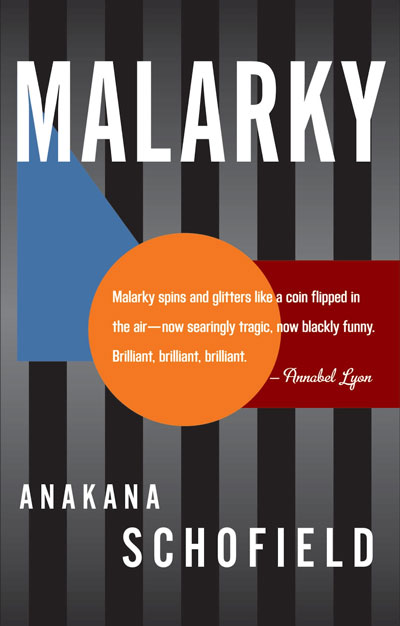 "Last year my first novel Malarky was published in Canada; it is about to come out in Britain. I received a $1,000 advance from my Canadian publisher and a megawatty – by my impoverished standards – £6,500 advance from OneWorld in the UK. That might sound a lot, but Malarky took me a dozen years to write. Those were a dozen years of dire poverty.
'You're lucky to be published at all' is the default response – and they're right, I am. (I am lucky that independent publishers took a bet on me.) I realise readers of this article will think I'm wrong to complain about my lot, but it's not really my lot that I'm concerned with here: it's the business of publicising a novel, and of what it is to be a writer these days. I might be considered lucky (though I've worked for it), but we don't tell train drivers that they're lucky there are trains. Nor do we ask train drivers to drive trains up and down to Scotland unpaid, for the glory of saying to the public: look, here is a train, consider getting on it someday!
So I have three grumbles, or rather I want to raise three tricky questions."
— Anakana Schofield, The Guardian
Read more…

"When the kids leave home and you’re left talking to yourself day in and day out, it’s comforting to let someone else’s inner monologue take over your brain. That’s what happens when you open the pages of Malarky, the first novel of Irish-Canadian writer Anakana Schofield.
Malarky is a fascinating voyage into the mind of a woman embattled but surviving during and after the deaths of her husband and son, the latter being the true tragedy from which she must recover. The central character of the book, Philomena a.k.a. 'Our Woman,' is kind enough to share the running commentary of her life in an Irish patter that could easily mirror the thoughts of many women at mid-life, if in fact, mid-life these days is when the kids have left and the husband has died or departed."
— Georgie Binks, The Star
Read more…

Buy this book here...
Posted by Elora Writers Festival at 9:19 AM