"There is a dramatic discontinuity between the physical world as most people conceive it and the world as modern physics explains it. As Danah Zohar sums up the matter in her book, The Quantum Self, the popular mind continues to imagine the physical world in terms of Newton's colliding billiard balls, whereas quantum reality is very different. 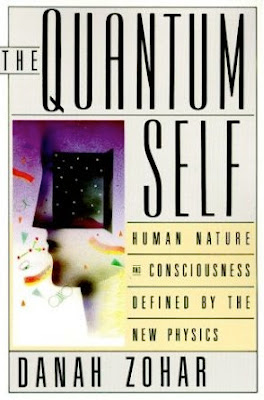 In describing this difference, Ms. Zohar uses the charming analogy of a young lady able first to consider her multiple suitors by living with each of them in sin simultaneously, and then to make her choice by reversing time and resolving herself into the virgin wife of a single husband.
This metaphor of a 'quantum hussy,' is not only Ms. Zohar's way of describing how, on a subatomic level, events 'happen simultaneously in every direction at once.' It also sums up the startling thesis of her book, which is that the human mind is like the quantum hussy in its capacity to conceive of many possibilities simultaneously."
— Christoper Lehmann-Haupt,
The New York Times
Read more…
Posted by Elora Writers Festival at 10:55 AM