"If you can't explain it simply, you don't understand it well enough." — Albert Einstein 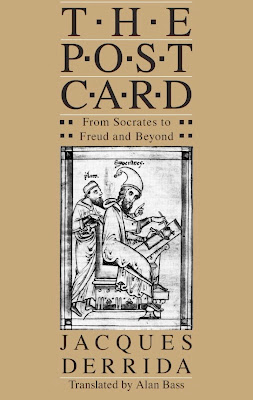 "When ideas are stated clearly, after all, they may be detached from their author: one can take them away and pursue them on one’s own. When they remain mysterious (indeed, when they are not quite asserted), one remains dependent on the originating authority. The thinker is heeded only for his or her turgid charisma."
— Martha Nussbaum

"With [Jacques] Derrida, you can hardly misread him, because he’s so obscure. Every time you say, 'He says so and so,' he always says, 'You misunderstood me.' But if you try to figure out the correct interpretation, then that’s not so easy.
I once said this to Michel Foucault, who was more hostile to Derrida even than I am, and Foucault said that Derrida practiced the method of obscurantisme terroriste (terrorism of obscurantism). We were speaking in French. And I said, 'What the hell do you mean by that?' And he said, 'He writes so obscurely you can’t tell what he’s saying. That’s the obscurantism part. And then when you criticize him, he can always say, "You didn’t understand me; you’re an idiot." That’s the terrorism part.'
And I like that. So I wrote an article about Derrida. I asked Michel if it was OK if I quoted that passage, and he said yes."
— John Searle (both quotes from Open Culture)
Read more…

"Derrida was the father of ‘deconstructionism,’ a critical practice that questions the foundation of Western thought by exploring the inherent instability present in language. From it ground-breaking conception in Derrida’s 1967 texts, 'Of Grammatology' and 'Writing and Difference,' deconstruction has heralded the death of the author by arguing that meaning has limitless layers of interpretation, not all viable at the conscious level.
Throughout his life, Derrida wrote hundreds of books and essays that reread and deconstructed great philosophers such as Plato, Heidegger, Hegel, Nietzsche and ideals such as giving and forgiveness. In recent years, deconstruction has become the dominant discourse of academia and has seeped into pop-culture reference."
— Elyse Weingarten, EGO
Read more…
Posted by Elora Writers Festival at 4:19 PM