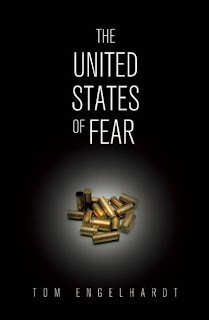 "After years in absentia — poof! — [fugitive spy Robert Seldon Lady] reappeared out of nowhere on the border between Panama and Costa Rica, and made the news when Panamanian officials took him into custody on an Interpol warrant.
The CIA's station chief in Milan back in 2003, he had achieved brief notoriety for overseeing a la dolce vita version of extraordinary rendition as part of Washington’s Global War on Terror. His colleagues kidnapped Hassan Mustafa Osama Nasr, a radical Muslim cleric and terror suspect, off the streets of Milan, and rendered him via U.S. airbases in Italy and Germany to the torture chambers of Hosni Mubarak’s Egypt. Lady evidently rode shotgun on that transfer.
His Agency associates proved to be the crew that couldn’t spook straight. They left behind such a traceable trail of five-star-hotel and restaurant bills, charges on false credit cards, and unencrypted cell phone calls that the Italian government tracked them down, identified them, and charged 23 of them, Lady included, with kidnapping.
Lady fled Italy, leaving behind a multimillion-dollar villa near Turin meant for his retirement. (It was later confiscated and sold to make restitution payments to Nasr.) Convicted in absentia in 2009, Lady received a nine-year sentence (later reduced to six). He had by then essentially vanished after admitting to an Italian newspaper, “Of course it was an illegal operation. But that’s our job. We’re at war against terrorism.”
— Tom Engelhardt, TOMdispatch
Read more...

"A former CIA officer has broken the U.S. silence around the 2003 abduction of a radical Islamist cleric in Italy, charging that the agency inflated the threat the preacher posed and that the United States then allowed Italy to prosecute her and other Americans to shield President George W. Bush and other U.S. officials from responsibility for approving the operation.
Confirming for the first time that she worked undercover for the CIA in Milan when the operation took place, Sabrina De Sousa provided new details about the 'extraordinary rendition' that led to the only criminal prosecution stemming from the secret Bush administration rendition and detention program launched after the Sept. 11, 2001, attacks.
The cleric, Osama Mustapha Hassan Nasr, was snatched from a Milan street by a team of CIA operatives and flown to Egypt, where he was held for the better part of four years without charges and allegedly tortured. An Egyptian court in 2007 ruled that his imprisonment was 'unfounded' and ordered him released."
— Johnathan S. Landay, McClatchy
Read more…