"The impossible-to-categorise Lydia Davis, known for the shortest of short stories, has won the Man Booker International prize ahead of fellow American Marilynne Robinson and eight other contenders from around the world.
The £60,000 award is for a body of work, and is intended to celebrate 'achievement in fiction on the world stage.' Cited as 'innovative and influential,' Davis becomes the biennial prize's third successive winner from North America, after fellow American Philip Roth won in 2011 – prompting a controversial walk-out from the judge Carmen Callil, partly over her disappointment in the panel's failure to choose a writer in translation – and Canadian short story writer Alice Munro took the prize in 2009. 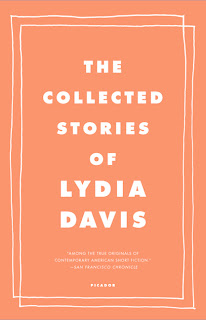 Best known for her short stories, most of which are less than three pages long, and some of which run to just a paragraph or a sentence, Davis has been described as 'the master of a literary form largely of her own invention.' Idea for a Short Documentary Film runs as follows: ;Representatives of different food product manufacturers try to open their own packaging.' In A Double Negative, she writes merely that: 'At a certain point in her life, she realises it is not so much that she wants to have a child as that she does not want not to have a child, or not to have had a child.'
— Alison Flood, The Guardian
Read more…

"Davis said it was Proust’s monumental work and famously long sentences that helped inspire her succinct writing style.
'Actually, when I was translating Proust was when I thought, "how short could a short story be?'’' she told Reuters after receiving the 60,000 pound ($90,800) award in London. 'I thought "how little could you say and still have it work?"'"
— Reuters (via The Star)
Read more…