"I can’t get no respect.” Chapter II 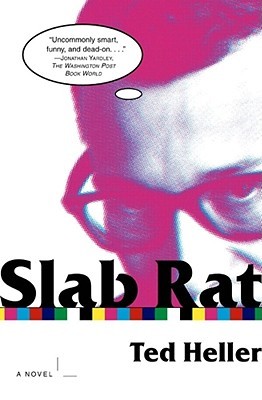 "In 2001 when my first novel, 'Slab Rat,' was published and I was important for about eight weeks, I was asked to write three very short stories for a literary magazine….
As best as I can remember [my third novel, 'Pocket Kings'], did not receive one negative review. There were some flat-out raves, too. The Washington Post loved it and it was an Editor’s Choice in the New York Times Book Review. This was the first time that the Times had liked a book of mine. They cold-bloodedly butchered the first and fatally wounded the second.
'Pocket Kings' got positive reviews, but the problem is it just didn’t get too many of them. As far as I know, only one newspaper west of the Pecos (the Dallas Morning News), reviewed it. Newspapers don’t cover books anymore, of course. And then there’s the lack of a readership on my part, I’m just not that prominent, etc. But why wouldn’t newspapers or magazines in Las Vegas cover a novel about poker....
'Pocket Kings' took so long to actually get published that before it finally hit the stores and Amazon, I’d already written another novel, called West of Babylon,' and was ready to shop it around. My agent and I had decided, however, to wait and send out the newer book in the wake of 'Pocket Kings.' Our hope was that “Pocket Kings” would get positive reviews and that publishers would then chomp at the bit for 'West of Babylon.' 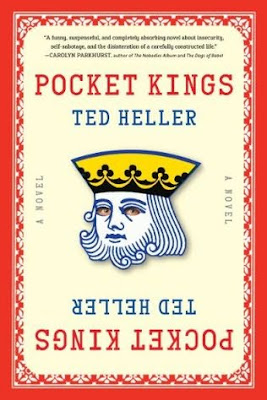 ...we decided I should self-publish the book in electronic book format only. I would be publisher, editor, publicist, regional sales manager, mail room guy and everything else. (My wife designed the cover in return for a $50 gift card to the Gap.)
I can tell you that self-publishing is not fun.
After a few weeks of this 9-to-5 masochism, [as P.R. agent] you lose your sense of shame. I’m no longer so hesitant about sending emails because, I figure, nobody is going to read the damn thing anyway. The worst thing they can do is turn you down or ignore you, and by now I am used to that. I sent an email to the book section editor of a newspaper I thought would find 'West of Babylon' to its liking and, through an intermediary, was able to discover that the editor had never gotten the email. I have to assume that this is just one of the reasons for the great silence: I’m sending queries to people and my email is probably going straight into spam folders, right along with the ads for Viagra and Cialis. I have no idea what’s worse: writing books that don’t ever get published, or writing books that get published but don’t ever get read, or writing emails that don’t ever get read to people about books that don’t ever get published and won’t ever get read."
— Ted Heller, Salon
Read the full, unfragmented article here…


And get his latest book 'West of Babylon' here…
Posted by Elora Writers Festival at 12:02 PM