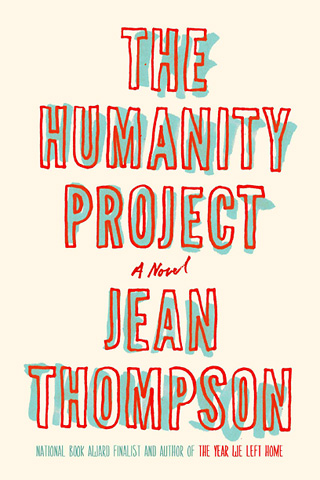 “The Humanity Project is Jean Thompson’s sixth novel, and it is a forthright piece of social criticism in which children are victims of both their dreadful peers and their parents’ immaturity, and parents are victims of the times: the economy, the government, the banks, their own predilections for OxyContin and alcohol, the contemporary culture’s lack of — Thompson’s titular word — humanity. Thompson is also an accomplished story writer, and she presents this novel as a bleak yet strangely charming series of storylike chapters — complete mini-narratives from a kaleidoscopic range of points of view, often ending with a cliffhanger — revolving not only around the friendship between Conner and Linnea, but also around Linnea’s reunion with her hapless father, Art, a part-time academic who is forced into late-breaking parenthood when Linnea’s mother gives up on her."
— Helen Schulman, The New York Times
Read more…

"The many protagonists in Jean Thompson's The Humanity Project are, for the most part, complete messes: They're broke, lonely, adrift, and traumatized; they've seen their dreams sour and their luck dissipate. A few don't even make it past the first 50 pages alive.
But 'humanity' isn't just a vague focus of the charitable foundation begun by one of the novel's few financially solvent characters, a slightly batty Bay Area widow named Mrs. Foster. It's something that Thompson infuses into every sentence, striking true, clear notes whether she's writing about the hissing colony of feral cats trapped inside Mrs. Foster's palatial house or the inner life of Linnea, a sullen Ohio teenager sent to live with her long-absent father in Marin County after she survives a brutal school shooting."
— Leah Greenblatt, Entertainment Weekly
Read more…