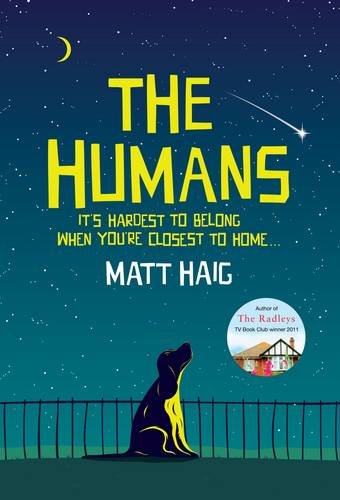 "Professor Andrew Martin of Cambridge University, one of the great mathematical geniuses of our time, has just discovered the secret of prime numbers, thereby finding the key that will unlock the mysteries of the universe, guarantee a giant technological leap for mankind and put an end to illness and death.
Alerted to this amazing breakthrough on the other side of the universe, and convinced that the secret of primes cannot be entrusted to such a violent and backward species as humans, the super-advanced Vonnadorians dispatch an emissary to erase Martin and all traces of his discovery.
That's the backstory to a book that opens with our alien narrator finding himself in the body of the professor, whom he has just assassinated. But the instantaneous intergalactic travel hasn't turned out quite as expected. Instead of finding himself in Martin's office, our nameless Vonnadorian has arrived in the middle of the M11, with no understanding of human culture and wearing his victim's body but not a stitch of clothing."
— Harrie Richie, The Guardian (about Matt Haig's new book, The Humans)
Read more…

Buy this book here...
Posted by Elora Writers Festival at 10:49 AM