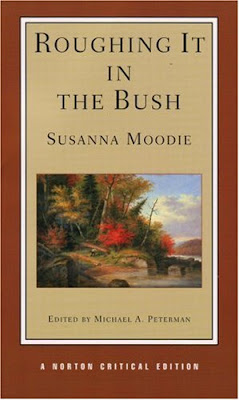 "Last night’s dream: 'The Forest of Misplaced Inventory,' said the dream voice. 'That shouldn’t take much description!' The visual was a stack of shrink-wrapped red plastic garbage-can lids in a stand of green spruce trees.
It must have been a writing dream. I sometimes have those. But what was it trying to tell me? Dreams often pun: Was the key word invention? Has my invention inventory been mislaid somewhere among the synaptic neuron branches? Will I find out later? In a novel I probably would, but life isn’t a novel, and vice versa. 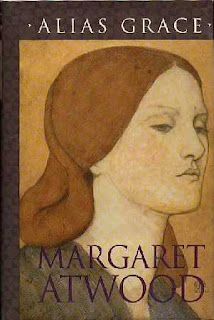 The best writing dream I ever had was in the mid-Sixties. I dreamt I’d written an opera about a nineteenth-century English emigrant called Susanna Moodie, whose account of her awful experiences, Roughing It In The Bush, was among my parents’ books. It was a very emphatic dream, so I researched Mrs. Moodie, and eventually wrote a poem sequence, a television play, and a novel—Alias Grace—all based on material found in her work. But that sort of dream experience is rare."
— Margaret Atwood, The New York Review of Books
Read more…

Buy Susanna Moodie's Roughing It In The Bush and all of Margaret Atwood's books here...
Posted by Elora Writers Festival at 2:26 PM