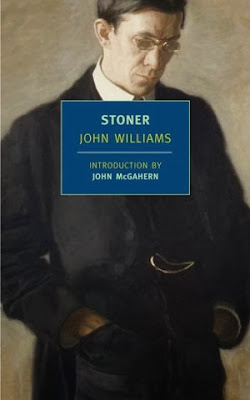 "Sometimes you need some distance to appreciate a classic.
That was certainly the case for John Williams' novel Stoner. When it was originally published in 1965, the only publication to mention the book at all was The New Yorker, in its 'Briefly Noted' column. The novel received admiring reviews over the years, but sold just 2,000 copies and was almost immediately forgotten.
Fast forward to today and the book is experiencing a renaissance of sorts. It is a best-seller across much of Europe, including the Netherlands, where it has been the best-selling novel for the past two months. But it is not the action-packed thriller or steamy romance you might expect to be topping the charts. It is a quiet, slim novel about a young man who leaves a hardscrabble farm in Missouri to become a literature professor in 1910."
— NPR Books
Read more…

"In one of those few gratifying instances of belated artistic justice, John Williams’s Stoner has become an unexpected bestseller in Europe after being translated and championed by the French writer Anna Gavalda. Once every decade or so, someone like me tries to do the same service for it in the U.S., writing an essay arguing that Stoner is a great, chronically underappreciated American novel. (The latest of these, which also lists several previous such essays, is Morris Dickstein’s for the Times.)
And yet it goes on being largely undiscovered in its own country, passed around and praised only among a bookish cognoscenti, and its author, John Williams, consigned to that unenviable category inhabited by such august company as Richard Yates and James Salter: the writer’s writer."
— Tim Kreider, The New Yorker
Read more…