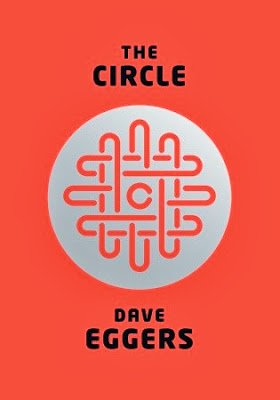 "If the long title of his breakthrough memoir, 2000′s A Heartbreaking Work of Staggering Genius, was not enough to indicate that Dave Eggers has always had lofty ambitions, then the frenetic tale between the book covers gave readers the first big work by one of America’s newest literary superstars. Since then, Eggers has been successful as a writer of other nonfiction, novels, and screenplays, but he really is first and foremost an idea man. He wants to help kids learn to write with his 826 National nonprofit, and spend his time publishing books and magazines through McSweeney’s.
[…] it has taken Eggers the 13 years since his breakout memoir to give us a book that truly matched A Heartbreaking Work’s gravitas — but with The Circle, Eggers has given us everything. The nearly 500-page novel performs a delicate balancing act, juggling the straight up Orwellian with a more modern-style dystopia typified by The Truman Show."
— Jason Diamond, Flavorwire
Read more…

"In Dave Eggers’s new novel, The Circle, Big Brother isn’t the government: it’s a Google-like, Facebook-like tech behemoth, called the Circle, that has a billion-odd users, controls 90 percent of the world’s searches and aspires to record and quantify everything that’s happening to everybody, everywhere in the world. The company credo is 'ALL THAT HAPPENS MUST BE KNOWN.' Some of its other Orwellian maxims are 'SECRETS ARE LIES,' 'SHARING IS CARING' and 'PRIVACY IS THEFT.'
Mr. Eggers’s absorbing 2012 novel, A Hologram for the King, gave us a story about a middle-aged loser that opened out into a kind of allegory about the besieged American middle class struggling to hold onto its dreams in a recessionary and newly globalized world. The new novel similarly attempts to use the coming-of-age story of a young woman to create a parable about the perils of life in a digital age in which our personal data is increasingly collected, sifted and monetized, an age of surveillance and Big Data, in which privacy is obsolete, and Maoist collectivism is the order of the day."
— Michiko Kakutani, The New York Times
Read more...