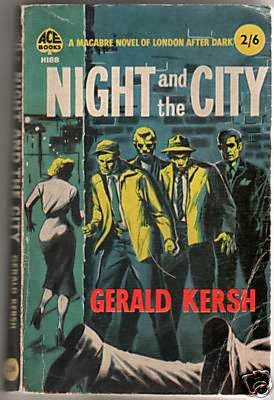 "There is a popular and persistent image of the ‘tough guy’ crime writer. A ‘loner’ sitting at a battered typewriter, a fedora tilted back on his head, a smouldering cigarette hanging from his lips, a half drunk bottle of whiskey in the desk drawer. They are usually called Mickey or Chester or Ross and they practise their dark arts in shabby offices in Los Angeles or New York. Whatever they are - they are not called Gerald and they don’t come from Teddington High Street… well not often.
Gerald Kersh was born at 18 High Street, Teddington on August 26th 1911 into a large Jewish family and began writing when he was only 8 years old. His first book, Tom and Tilly Tadpole, was published in a limited edition of one copy bound in his uncle’s brocade waistcoat. At 13 he won a scholarship to Regent Street Polytechnic and it was there that he decided that he wanted to become a full-time writer."
— St Margarets Community Website
Read more… 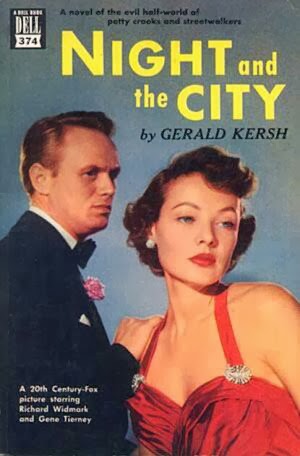 "'No mortal can write this well' marvels Harlan Ellison in his introduction to Nightshade and Damnations – nor, one might add, this much.
Gerald Kersh was astonishingly prolific, hammering out twenty novels, twenty collections of short stories and thousands of articles in different publications, hacking pseudonymously as Piers England, Waldo Kellar, Mr Chickery, Joe Twist, George Munday, and others. He is a bibliographer’s nightmare – or dream.
Born into a Jewish family in Teddington, South-west London, in 1911, he became an American citizen in 1959 and died in New York in 1968, by which point he had largely been forgotten. These reissues are signs of a revival of interest in this strange and compelling writer whose ramshackle cv included stints as a cinema manager, bodyguard, debt collector, fish frier, travelling salesman, teacher of French and all-in-wrestler.
His literary career likewise avoided any taint of respectability. He was a mainstay of popular periodicals such as John O’London’s Weekly, Argosy and Lilliput, specializing in tales of war, freakishness, horror and science fiction."
— David Collard, The Times Literary Supplement
Read more…
Posted by Elora Writers Festival at 12:18 PM