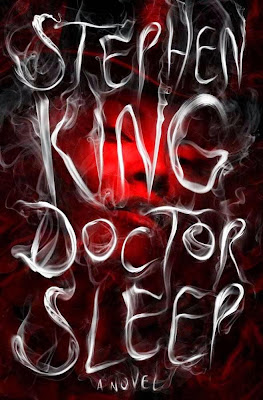 “The Shining is introspective, austere, and unsettlingly plausible, which is why it comes to mind whenever you visit a creepy hotel, play croquet, or see an angry dad with his kid. But [Stephen King's] Doctor Sleep, which feels less like a sequel and more like a spinoff, is unapologetically fun, free-wheeling, and bizarre.
It’s about a wandering band of psychic vampires who stalk clairvoyant children, kill them, and then inhale their 'steam,' or psychic energy, for food. A grownup Dan Torrance—the little boy from The Shining —must help a young girl fight off these vampires, who have sensed her psychic abilities from afar and have chosen her as their meal of the week. In place of its predecessor’s unsettling familial violence, Doctor Sleep has thrilling gunfights, absurd satanic rituals, and wildly entertaining telepathic showdowns. In a chatty author’s note, King more or less admits that he didn’t try to make Doctor Sleep as terrifying as The Shining: 'Nothing can live up to the memory of a good scare,' he writes, 'especially if administered to one who is young and impressionable.' Instead, he says, he set out to tell 'a kick-ass story.' He succeeded."
— Joshua Rothman, The New Yorker
Read more...

Buy all of Stephen King's books here...
Posted by Elora Writers Festival at 10:34 AM