behind the punctured canvas 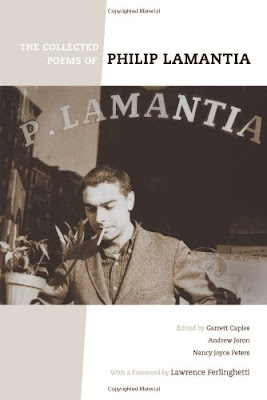 Born in San Francisco, the precocious only child of Sicilian immigrants, [Philip] Lamantia discovered the expressive mode that would drive his imagination when, in 1942, exhibitions of the work of both Dalí and Miró arrived in the city. Entranced by images that appeared to emerge from an unknown reality, the fifteen-year-old immersed himself in Surrealist texts and resolved to attempt with words what he had seen done with paint. […]
In 1953 Philip Lamantia read at what is probably America's most famous poetry reading. It was Allen Ginsberg's inaugural presentation of 'Howl,' which made the event at San Francisco's Six Gallery historic. Lamantia avoided the spotlight that night, but his Collected Poems reveal a turbulent and risky writer—one who was perhaps even braver than his Beat cohorts."
— Albert Mobilio, BookForum
Read more...
Posted by Elora Writers Festival at 11:51 AM