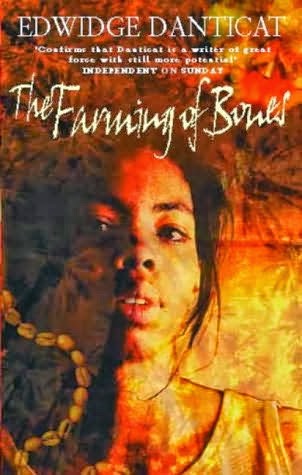 "For four generations Banesa Blemi's family, descendants of Haitian immigrants, put down roots as low-wage sugar cane cutters in their adopted homeland, and came to consider themselves Dominicans.
Then, last month the country's Constitutional Court issued a decision effectively denationalizing Blemi and her family, along with an estimated 250,000 fellow immigrants born after 1929.
'I have no country. What will become of me?' said Blemi, 27, standing with relatives outside the family's wooden shack near La Romana, the heart of the Dominican Republic's sugar cane industry and one of the Caribbean's top tourist resorts.
'We are Dominicans - we have never been to Haiti. We were born and raised here. We don't even speak Creole,' she said, referring to Haiti's native tongue.
The September 23 court ruling retroactively denies Dominican nationality to anyone born after 1929 who does not have at least one parent of Dominican blood, under a constitutional clause declaring all others to be either in the country illegally or 'in transit.'
The judgment is final, but human rights groups plan to challenge it before the Inter-American Court of Human Rights, where it could in theory still be overuled."
— Ricardo Rojas, Reuters
Read more...

"The ugly part of all of this is that 'Haitianness' in the DR [Dominican Republic] is most often related to dark skin color. The irony in this is that the majority of Dominicans have African ancestry, though there is a visible difference at times between hues of "brown" and dark chocolate, and Dominicans are raised to embrace and aspire to lighter skin complexions.

[...] The ugly specter of race/racism and anti-Haitian attitudes in the DR, and its history, is being explored in both academia and by noted novelists like Haitian-American Edwidge Dandicat in her award-winning book, The Farming of Bones." 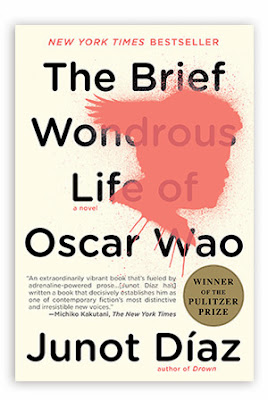 "Junot Díaz’s Brief Wondrous Life of Oscar Wao is a wondrous, not-so-brief first novel that is so original it can only be described as Mario Vargas Llosa meets Star Trek meets David Foster Wallace meets Kanye West. It is funny, street-smart and keenly observed, and it unfolds from a comic portrait of a second-generation Dominican geek into a harrowing meditation on public and private history and the burdens of familial history. An extraordinarily vibrant book that’s fueled by adrenaline-powered prose, it’s confidently steered through several decades of history by a madcap, magpie voice that’s equally at home talking about Tolkien and Trujillo, anime movies and ancient Dominican curses, sexual shenanigans at Rutgers University and secret police raids in Santo Domingo."
—Michiko Kakutani, The New York Times
Read more…

"Hitler's ideas gave Trujillo a racist and nationalist plan to distract Dominicans from their empty stomachs. Reminding Dominicans that they could not afford to feed foreigners too, Trujillo cracked down on migration from Haiti. But powerful American sugar cane plantation owners, who brought in Haitians to cut cane because, unlike Dominicans, they worked for practically nothing, forced him to make huge exceptions. He resorted to deporting Haitians and tightening border patrols, but the Haitians kept coming. On October 2, 1937, while Trujillo was drunk at a party in his honor not far from the Massacre River, he gave orders for the 'solution' to the Haitian problem.
In the Book of Judges, forty thousand Ephraimites were killed at the River Jordan because their inability to pronounce 'Shibboleth' identified them as foreigners. On the Dominican border, Trujillo's men asked anyone with dark skin to identify the sprigs of parsley they held up. Haitians, whose Kreyol uses a wide, flat 'R,' could not pronounce the trilled 'R' in the Spanish word for parsley, 'perejil.'
Dominicans still refer to the massacre as El Corte, the cutting, alluding to the machetes the Dominican soldiers used so they could say the carnage was the work of peasants defending themselves; only the government could afford to kill with bullets. El Corte also suggested to the Haitians' work of harvesting sugar cane (ironically, soldiers did not touch the Haitians who stayed on the Americans' sugar plantations)."
— Michele Wucker, web.archive.org
Read more…