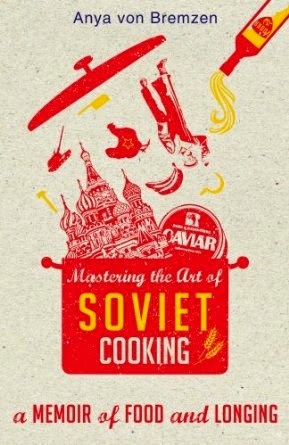 "The French novelist Marcel Proust immortalized the connection between food and memory when the narrator of his novel Remembrances of Things Past bit into a madeleine and was transported to thoughts of his childhood.
But what if that madeleine were poisoned, so to speak?
That is the question underlying Russian American writer Anya von Bremzen’s new memoir, Mastering the Art of Soviet Cooking. Though it contains recipes, this is not a cookbook but rather, a history of a family and of Soviet Russia.
'In this book, I bring up the idea of a poisoned madeline,' Bremzen tells Morning Editon host David Greene. 'Because what happens if a taste of your childhood evokes memories that are sometimes traumatic, that are sometimes complicated? That the whole layering of emotions is present in every bite that you take?'"
— OPB
Read more…
Posted by Elora Writers Festival at 2:22 PM