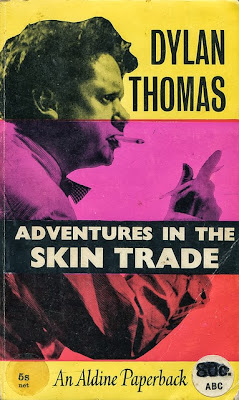 "[Dylan] Thomas made an unlikely hero – a short, curly-haired, tubby man, usually in a borrowed suit, with a cigarette permanently cushioned on a fat bottom lip. But he is the man who inspired John Lennon to write songs, put the Dylan into Bob, took the girlfriend of Augustus John to bed (and had him pay for the hotel room), hung out with Salvador Dalí, was feted by Charlie Chaplin and photographed for Vogue by Lee Miller. He is even credited with opening the west's literary doors to black African literature by promoting, in this very newspaper, Nigerian Amos Tutuola's novel The Palm-Wine Drinkard, and with starting the spoken voice LP. Thomas was one of the first to recognise the huge cultural potential of radio and TV.
Yet he is not on academic curriculums, and even Welsh schools are only now being encouraged to examine his work. There has never been a complete works, and academia has snubbed him. Dr John Goodby, of Swansea University, said Thomas has been 'airbrushed' out: 'Thomas fell from grace. There was a whole slew of books in the 70s … and then nothing. It was as if in Wales there was this inwards, more nationalistic, discourse, which Thomas didn't fit. He didn't write in Welsh, for a start.' 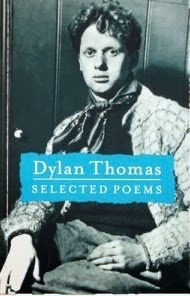 Although some later works, such as Fern Hill and his play Under Milk Wood, remain popular, it is the kind of popularity that makes academics suspicious and his reputation has declined, said Goodby. He said that Thomas fell between the cracks because he was hard to pigeonhole and his work had such an embarrassing richness when plainer, anecdotal poetry was being critically acclaimed."
— Tracy McVeigh, The Guardian
Read more…
Posted by Elora Writers Festival at 1:39 PM