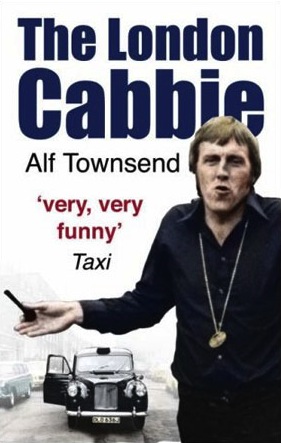 "It is a universally acknowledged truth that London’s black cabs offer the best taxi service in the world and no-one is prouder of this than Alf Townsend. An enthusiastic chronicler of the trade, he has played no small part in its history.
Since gaining 'The Knowledge' (memorising 25,000 different routes within a 6-mile radius of Charing Cross) at the age of 29, Alf has been ferrying passengers around the capital and continues to do so today at the age of 72. Along the way, he has flirted with minor fame appearing on TV shows in the UK and the US, helped to found the Licensed Taxi Drivers Association and become a published author […]
Alf has written a book, London Cabbie: A Life's Knowledge full of similar anecdotes. Will Self, whose novel The Book of Dave is about a London cabbie, has called it required reading.
But Alf is far from a one-trick writing pony – he has also published a book called Bad Lads about RAF National Service and has another book coming out about his experience as an evacuee during WWII. Since he started writing seriously just eight years ago, he has now written four books."
— BBC
Read more… 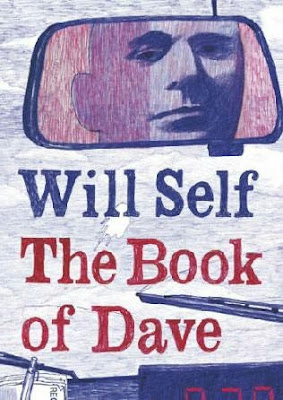 " […] In fact, The Book of Dave is a conflation of two potentially discrete books. The first is an oddly realistic, if gleefully supercharged, account of the declining years of Dave Rudman, a North London cabbie trying vainly to prise his son from the grasp of an absconding wife while operating as a sort of cosmic symbol for cab-land culture. The second is a dystopian vision of our northern metropolis in the 2500s, in which the 'Six Families' inhabit the deliquescing island of 'Ham,' while the outlines of 'New London' lie downstream in the murk.
Uniting these two deeply uneasy worlds is the book of the title, the self-aggrandizing monologue hidden by vengeful, put-upon Dave in a Hampstead garden centuries before. From this the Hamsters derive their behavioural tools and spiritual understanding, greeting each other with the salutation 'Ware2, guv?',  acknowledging their daily deliverance from harm with the formula 'Thanks Dave, for picking us up.'
Ham's protocols, its vocabulary, its fourth dimension, are extremely funny: pre-maternal women are 'opares'; the day divides into three 'tariffs'; while, in recognition of Dave's domestic difficulties, fathers and mothers live in separate accommodation, transferring offspring at 'Changeover'."
— D. J. Taylor, The Independent
Read more...