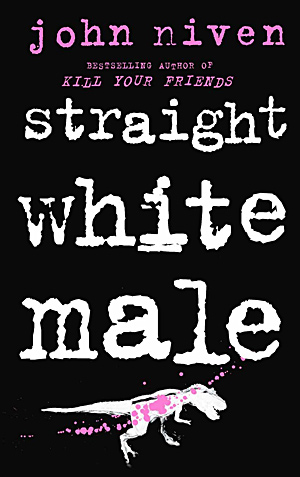 "Hollywood scriptwriter Kennedy Marr, once the youngest novelist to feature on a Booker shortlist, is having a quiet night in. It involves whisky, cigars and a laptop, as he ogles footage of 'a lesbian duo with a brace of draught-excluder-sized dildoes,' while enjoying a simultaneous Skype call with a girl called Megan who is 'providing Kennedy with her own floor show, live from her Brooklyn apartment.' Meanwhile, another literary fan is texting him pictures of herself posing suggestively with … 'was that an aubergine?'
Our hero works the screens like a one-handed, drunken air traffic controller. No wonder Kennedy feels that 'wanking was now at some zenith, some Renaissance peak. Technology was allowing self-abuse to enjoy its Elizabethan drama moment.'"
— Suzi Feay, The Guardian
Read more…
Posted by Elora Writers Festival at 11:56 AM