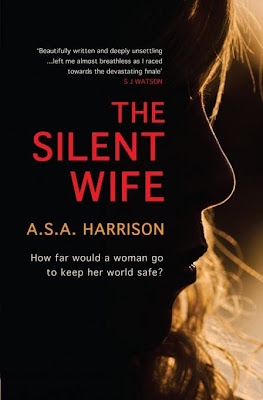 "… But The Silent Wife [by A. S. A. Harrison] has a striking story behind its publication that makes it an unlikely best seller: In a season that has been dominated by brand-name authors—Khaled Hosseini, Stephen King and J. K. Rowling—Ms. Harrison was a Toronto writer and an unknown, who had never published a novel before. Her book was released as a paperback original, not a hardcover, which is the preferred, more expensive format chosen when a publisher wants a book to make a big splash.
And in a real-life tragic twist, Ms. Harrison died of cancer in April, only weeks before her book was published. She was 65….
Samantha Haywood, Ms. Harrison’s literary agent in Canada, said that Ms. Harrison spent much of her career working as an editor and writing nonfiction under the name Susan Harrison.
Until The Silent Wife, Ms. Harrison’s attempts at fiction had sputtered out. She wrote two novels that Ms. Haywood described as 'cozy mysteries,' but they never sold to a publisher.
Then Ms. Harrison had the idea for The Silent Wife, with its concept of his-and-hers narratives. 'She was lit on fire with excitement,' Ms. Haywood said. “It was quite fully realized as an idea.'"
— Julie Bosman, The New York Times
Reads more…