The Future... for now 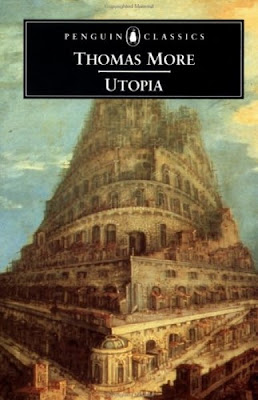 "The modern world 'Utopia' came to life during early years of 16th century, in the work of the famous English philosopher Thomas Moore. His description of utopian society gave birth to enormous wave of utopian thought that influenced the life and works of many future philosophers and novelist, and helped in creation of several important political movements (most notably socialism).
Utopias that were envisioned by the minds of those authors can most easily be divided in several distinct categories, all based on the means of their creation – Ecology utopia, Economic utopia, Political utopia, Religious utopia, Feminists utopia and Science and technological utopia. 19th century gave the birth of the largest wave of utopian thought the world has ever seen. Numerous novelist and philosophers focused their careers on the exploration of those themes, and result of their work influenced the audiences across the entire world. Most notable utopian novel from that period was without a doubt Looking Backward by Edward Bellamy. 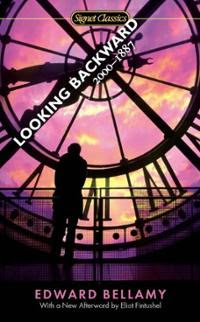 Not all examples of utopian life were set in the theory. Some people tried to realize the dreams postulated in the work of several philosophers, and so the age of utopian societies came to life. During the 19th century, over a dozen utopian societies were established in the United States, and few of them managed to survive even to today."
— Utopia and Dystopia
Read more...

"Looking Backward: 2000-1887 is a utopian science fiction novel by Edward Bellamy, a lawyer and writer from Chicopee Falls, Massachusetts; it was first published in 1887.
According to Erich Fromm, Looking Backward is 'one of the most remarkable books ever published in America.' It was the third-largest bestseller of its time, after Uncle Tom's Cabin and Ben-Hur: A Tale of the Christ.
It influenced a large number of intellectuals, and appears by title in many of the major Marxist writings of the day. 'It is one of the few books ever published that created almost immediately on its appearance a political mass movement.' In the United States alone, over 162 'Bellamy Clubs' sprang up to discuss and propagate the book's ideas.
Owing to its commitment to the nationalization of private property, this political movement came to be known as Nationalism, not to be confused with the political concept of nationalism. The novel also inspired several utopian communities."
— Wikipedia
Read more…