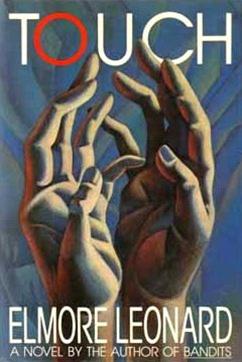 "Elmore Leonard, the prolific crime novelist whose louche characters, deadpan dialogue and immaculate prose style in novels like Get Shorty, Freaky Deaky and Glitz established him as a modern master of American genre writing, died on Tuesday at his home in Bloomfield Village, Mich. He was 87.
His death was announced on his Web site.
To his admiring peers, Mr. Leonard did not merely validate the popular crime thriller; he stripped the form of its worn-out affectations, reinventing it for a new generation and elevating it to a higher literary shelf.
Reviewing Riding the Rap for The New York Times Book Review in 1995, Martin Amis cited Mr. Leonard’s 'gifts — of ear and eye, of timing and phrasing — that even the most indolent and snobbish masters of the mainstream must vigorously covet.'
As the American chapter of PEN noted, when honoring Mr. Leonard with its Lifetime Achievement award in 2009, his books 'are not only classics of the crime genre, but some of the best writing of the last half-century.'”
— Marilyn Stasio, The New York Times
Read more…