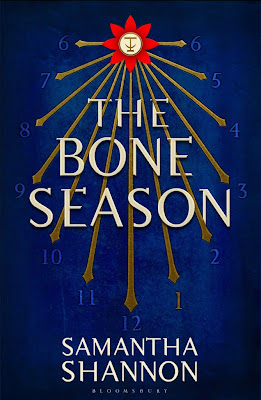 "Samantha Shannon is being touted as the new J. K. Rowling. She’s 21, a fresh graduate of Oxford, where she was a student when she wrote The Bone Season, the first in a projected seven-novel urban fantasy series. She’s got a film deal with the new London studio set up by Andy Serkis of Lord of the Rings fame, and she’s been courting booksellers, book reviewers, and fantasy fans for more than a year.
It’s tricky when a book arrives with such preliminary brouhaha. I’ve learned to scrub my mind of hype and leave it to the text. The proof is in the reading.
So how is The Bone Season?
It’s terrific—intelligent, inventive, dark, and engrossing enough to keep me up late to finish.
Paige Mahoney, the novel’s street-smart clairvoyant narrator, is more akin to the post-apocalyptic girl gladiator in Suzanne Collins’s The Hunger Games than to Harry Potter. There’s a distinct Margaret Atwood-style wash to Shannon’s dystopian universe, and echoes of Anthony Burgess’s Clockwork Orange in the colorful lingo."
— Jane Ciabattari, OPB
Read more…