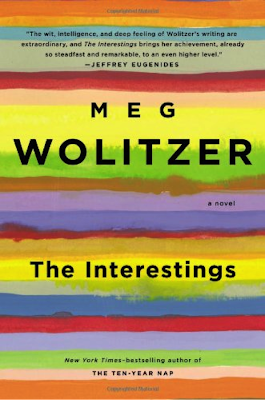 "Fiction asks a lot of people, says Meg Wolitzer, 'to tell them that you need to learn about these characters, to take time out in your day from being frightened for your livelihood and your children, to think about Susan and Bill, who don't exist. It's a nervy thing to ask.' She asks it of herself every time she sits down to write – 'What fiction ought to do' – and the answer had better be good. 'The anxiety makes me a stronger writer.'
The Interestings, Wolitzer's ninth novel, is more ambitious than any she has written so far, tracking a group of friends from the moment they meet, at summer camp, up through the decades of their lives. It has done very well in the US, so that at 54, Wolitzer has become, as a friend joked to her recently, 'a 30-year overnight success.'
The novel deserves acclaim, but it is a surprising hit, perhaps, given its subject matter and the downbeat nature of the heroine. It is a novel about envy, but not in the grand sense. Rather, it unpicks the insidious resentment that grows between friends who start out in the same place and whose fortunes diverge. 'Nobody tells you how long you should keep doing something,' she writes of the least successful in the circle, 'before you give up forever.'
[...] Wolitzer remembers coming to New York with no money in her 20s and being surprised as the lives of herself and her friends started to diverge. "I lived in a tiny apartment, and there was this sense that we all had talent and would move forward. And suddenly people were picked off and shunted into these beautiful apartments that obviously their families had paid for, and I hadn't been told that this was going to happen. And it really could affect the trajectory of your whole career.'"
"— Emma Brockes, The Guardian
Read more… 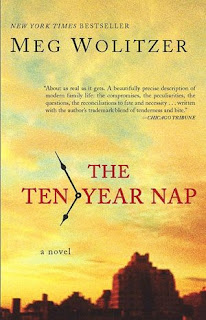 "[…] But does the compulsion to excel make anybody happy? Or is it, rather, a prescription for disappointment in oneself and in the 'circumscribed world'?
That’s the question that comes to preoccupy Jules Jacobson, the ambitious protagonist of Meg Wolitzer’s remarkable ninth novel, The Interestings, whose inclusive vision and generous sweep place it among the ranks of books like Jonathan Franzen’s Freedom and Jeffrey Eugenides’s Marriage Plot.
The Interestings” is warm, all-American and acutely perceptive about the feelings and motivations of its characters, male and female, young and old, gay and straight; but it’s also stealthily, unassumingly and undeniably a novel of ideas. Wolitzer has been writing excellent fiction for 30 years, and it has always been this astute. From the start, her subject has been the practical, emotional and sexual fallout of women’s liberation, particularly as it affects mothers and children. But here she has written a novel that speaks as directly to men as to women. With this book, she has surpassed herself. Just don’t call her exceptional."
— Liesl Schillinger, The New York Times
Read more…