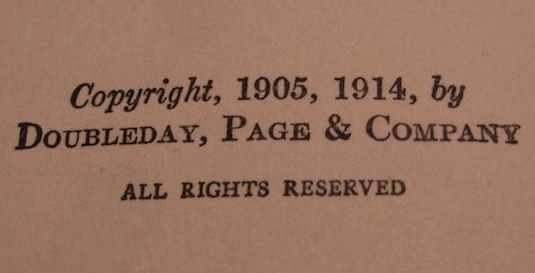 "Used-book stores are disappearing in our day at an even greater rate than regular book stores. Until ten years ago or so, there used to be a good number of them in every city and even in some smaller towns, catering to a clientele of book lovers who paid them a visit in search of some rare or out-of-print book, or merely to pass the time poking around. Even in their heyday, how their owners made a living was always a puzzle to me, since typically their infrequent customers bought nothing, or very little, and when they did, their purchase didn’t amount to more than a few dollars.
Years ago, in a store in New York that specialized in Alchemy, Eastern Religions, Theosophy, Mysticism, Magic, and Witchcraft, I remember coming across a book called How to Become Invisible that I realized would make a perfect birthday present for a friend who was on the run from a collection agency trying to repossess his car. It cost fifteen cents, which struck me as a pretty steep price considering the quality of the contents.
What made these stores, stocked with unwanted libraries of dead people, attractive to someone like me is that they were more indiscriminate and chaotic than public libraries and thus made browsing more of an adventure."
— Charles Simie, The New York Review of Books
Read more…

"Most of us have probably sold an old book at a yard sale, on eBay, given it to a library, or some such thing. We probably never gave it a second thought. Maybe we need to. Maybe we are criminals, violating copyright law.
[…] The issue at hand involves possible conflicts within the copyright law. One side relies on one of the most basic of rules, handed down by the Supreme Court in 1908, and codified in the copyright law a year later. It's called the 'first sale doctrine.' Before this court decision, Bobbs-Merrill, in its copyright notice, added a limitation on reselling their books. In other words, if you tried to resell your copy of a book that you bought at a store, you might be violating their copyright. The court said no, and copyright law now includes the 'first sale doctrine.' It says that after that first sale, the buyer may sell or otherwise dispose of that book however he or she sees fit without violating the copyright law. You (as an American) may safely sell or give away any book published in the United States without fear of violating the copyright law. The copyright law prevents you from copying a book, but not from reselling the copy you bought from the publisher."
— Michael Stillman, Huffington Post
Read more…
Posted by Elora Writers Festival at 11:58 AM