"Perched on the end of a panel filled with writers who are throwing off the shackles of conventional publishing, surrounded by Kindle enthusiasts of every stripe, Mark Buckland found himself very much the odd one out at the Edinburgh international book festival. The head of the e-savvy independent publisher Cargo began by asking how many in the audience were self-published authors and wryly suggested he was 'going to get lynched.'
It's no surprise that an audience which had paid £10 a ticket to hear about writing in a digital age was mostly made up of authors, with a sizeable minority already publishing themselves, but the hostility Buckland faced as a representative of the publishing industry was something of an eye-opener.
Catherine Czerkawska, who described herself as a 'classic midlist author,' had already revealed how as publishers became bigger she found herself suffering from the 'rave rejection,' her agent telling her she was "too accessible … to be truly literary, but too literary to be popular,' how she had uploaded her backlist to the Kindle store and 'never looked back.' Maggie Craig had just confessed how, for the first time since she had begun writing, Amazon had given her 'a good monthly income,' joking that if big publishers find a writer is making money 'they call a meeting to find out what's going wrong.'"
— Richard Lea, The Guardian
Read more… 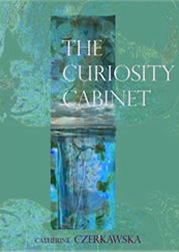 "All conversations between authors nowadays seem to revert to the single intriguing topic of eBook or 'Indie' publishing. This is because it's becoming more and more difficult for authors to find a conventional publisher for fiction. This is especially true if a significant percentage of your readers are likely to be middle aged and older women in search of a well told story. But now, our readers have Kindles, Nooks, iPads or other e-readers.
Many writers are publishing their own novels and stories, old and new. Prices are low and you can usually try before you buy, so eBooks are an excellent way for readers to experiment with finding new authors or meeting old favourites. My novels and stories are now available in eBook form, with more to come."
— Catherine Czerkawska, from her web site
Read more…
Posted by Elora Writers Festival at 1:16 PM