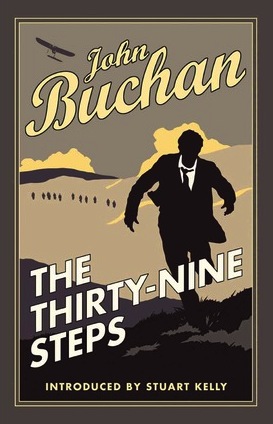 "Fiction edged its way closer to a digital incarnation with the publication this week of an interactive visual version of John Buchan's classic thriller, The Thirty-Nine Steps.
Publisher Faber&Faber announced that it had up with two software publishers and a developer, The Story Mechanics, to create a 'fully playable, fully immersive product' which it believes breaks new ground in digital reading.
Published originally as a serial in Blackwoods magazine in 1915, The Thirty-Nine Steps was the first of five novels to feature the 20th century's earliest and most famous action hero, Richard Hannay, a man constantly on the run.
Buchan described the novel as a 'shocker' – an adventure so unlikely that the reader is only just able to believe that it could really have happened. A number of film and TV adaptations, beginning with Alfred Hitchcock's 1935 version, have taken the book beyond the printed page, but Faber promises another step beyond Buchan's original storytelling."
— Claire Armitstead, The Guardian
Read more…
Posted by Elora Writers Festival at 10:23 AM