Coming to Our Senses 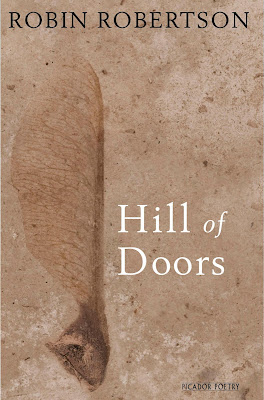 "I lost my sense of smell when I left home. It only returns to me now when one of those breaths of boyhood drifts back like some half-forgotten face. I grew up on the east coast of Scotland, where the smell of the North Sea permeates everything. When it wasn’t the sea it was the sea haar, rolling in off the water and through the cobbled streets and wynds, or the sharp tang of the catch being landed in the harbour. Herring rolled in oatmeal and fried; mackerel fished and gutted on the cliff’s verge, eaten straight; the occasional luck of a lobster boiled and laid out in butter.
Everything we are as adults is formed in our first ten years, and mine were spent haunting the shore, or the streets, of Aberdeen: turning over scallop shells or the bodies of birds, or testing the washed-up crabs and jellyfish for movement: some kind of peril. I would walk to school past the abattoir with its ferrous whiff of spilt blood, the dull thuck of cleaver into flesh, the great headless bodies turning on their hooks; past the barber’s oils, astringents and lotions, his whetted razors; past the joinery with that lovely sweet scent of wood-shavings and—best of all—past Mitchell and Muill’s, the baker, their steamed-up window stacked full of freshly baked rowies and hot mutton pies."
— Robin Robertson, More Intelligent Life
Read more…

"Born in Perthshire, poet Robin Robertson was brought up on the northeast coast of Scotland where, as he says in a 2008 interview, 'history, legend and myth merged cohesively in the landscape.' Robertson’s early influences include the stories of Celtic and Classical myth, the vernacular ballads, and folklore. […]
Describing the poet’s task, Robertson tells of the desire to reveal 'the refreshed world and, through a language thick with sound and connotation and metaphor, make some sense: some new connection between what is seen and felt and what is understood.' As a reviewer for the New Yorker notes, 'The genius of this Scots poet is for finding the sensually charged moment—in a raked northern seascape, in a sexual or gustatory encounter—and depicting it in language that is simultaneously spare and ample, and reminiscent of early [Seamus] Heaney or [Langston? Ted?] Hughes.'”
— Poetry Foundation
Read more…

You can buy Robin Robertson's poetry here…
Posted by Elora Writers Festival at 11:11 AM