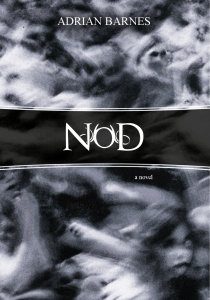 "Reinforcing science fiction's image as a boys club the UK's most prestigious prize for the genre, the Arthur C Clarke award, has announced an all-male shortlist – for only the second time in its history.
The six books in the running for the Arthur C Clarke – a mix of titles by major SF writers Kim Stanley Robinson and Ken MacLeod with lesser known debuts – follow an all-male shortlist for the reader-decided British Science Fiction Association prize, which was won earlier this week by Adam Roberts for Jack Glass.
Roberts failed to make the cut for the Clarke award, however, pushed out by Robinson's story of an inhabited solar system 300 years in the future, 2312, Scottish award-winner MacLeod's dystopian vision of a London where genetic defects can be wiped from unborn children, Intrusion, and Nick Harkaway's acclaimed Angelmaker, a whirlwind race to save the world from a 1950s doomsday machine. Canadian author Adrian Barnes, published by tiny press Bluemoose, is in the running for Nod, in which humanity's sudden inability to sleep has devastating consequences, Chris Beckett for Dark Eden, where the incestuous descendants of two stranded astronauts try to make a life for themselves on a far flung planet, and Peter Heller for the post-apocalyptic The Dog Stars, set in a world destroyed by the flu pandemic."
— Alison Flood, The Guardian
Read more…

Buy all the books on the shortlist here...
Posted by Elora Writers Festival at 10:49 AM