"It took me years to write, will you take a look?" — Lennon–McCartney ("Paperback Writer") 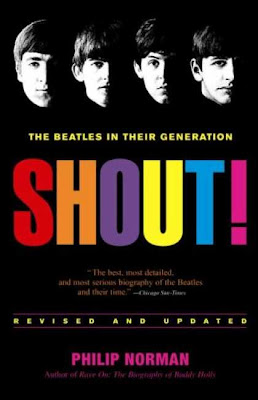 "Philip Norman, a prolific biographer whose Shout! The Beatles in Their Generation is considered by many to be among the most absorbing and comprehensive biographies of the group, and whose John Lennon: The Life was widely admired, has been signed by Little, Brown and Company to write a biography of Paul McCartney.
The book, which is due in 2015, is being written with what Mr. Norman described in an e-mail as Mr. McCartney’s 'tacit approval.'
'He is not directly co-operating,' Mr. Norman wrote, 'but not objecting to my interviewing close friends, colleagues, etc.'
In a way, Mr. McCartney’s consent to the project suggests the extent to which his relationship with Mr. Norman has warmed in recent years. When Shout! was published Mr. McCartney disdained it, partly because it advanced some unusual theories, including one in which the death of the band’s manager, Brian Epstein, which was ruled as accidental, was actually the result of a murder plot."
— Allan Kozinn, The New York Times (Arts Beat)
Read more…