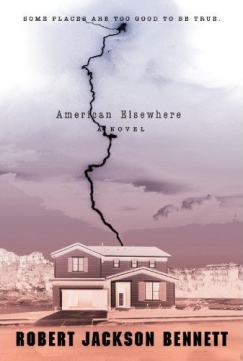 "[…] We are sitting at a coffee shop in Austin, Texas; I am asking [Robert Jackson] Bennett questions about his latest novel, American Elsewhere, which was featured on 'most highly anticipated' lists around the Internet at the end of 2012. He tells me that although Mr. Shivers was shelved under horror and won the Shirley Jackson Award for Best Novel in that genre, the horror community disowned it. 'They were like "no, this is not horror. You’re wrong,’'' Bennett says. 'That’s always been kind of a struggle for me, in that the folks who really like my books are frequently not the genre hard-core people. It’s usually folks who read a wide variety of stuff, that tend to fall into mainstream. And a lot of the fantasy that I like isn’t hardcore fantasy — it’s stuff that mainstream, non-geek people would love to read just as much.' He sighs. 'But then again no one really knows what the hell they’re talking about when they talk about this stuff. It’s all made up.'
If something is identifiable as 'genre fiction,' it should be easy to identify what genre it’s in. After all, to classify something as belonging to a genre is to say that it is part of an easily recognizable group formed around shared traits. Over the past forty years, genre-bending has become increasingly common, as mainstream and 'literary' authors lift plots and themes from fantasy, science fiction, mystery, and horror. 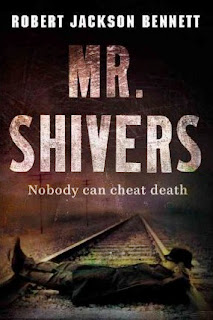 In 1989, SF author Bruce Sterling invented the term 'slipstream' to describe fiction by mainstream authors such as Margaret Atwood, Paul Auster, and J.M. Coetzee that slipped beyond the margins of realism without being classifiable as fantasy or science fiction."
— Amy Gentry, Los Angeles Review of Books
Read more…