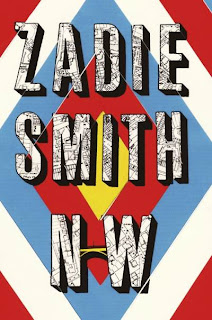 "Fresh from being named one of Britain's best young novelists, and from making the final cut for the Women's prize for fiction, Zadie Smith today received her third literary garlanding in just three days after she was shortlisted for the Royal Society of Literature's Ondaatje prize.
For a book in any genre which best evokes 'the spirit of a place,' Smith was picked for her latest novel NW - also shortlisted yesterday [April 16, 2013] for the Women's Prize. The shortlist's 'places' range from South Africa to the Antarctic, but NW is set in Smith's childhood home of north-west London. Judges Julia Blackburn, Margaret Drabble and Ian Jack described the novel as 'tender and witty,' and said it 'shows London as chaotic and unfair, by turn happy and unhappy.'"
— Alison Flood, The Guardian 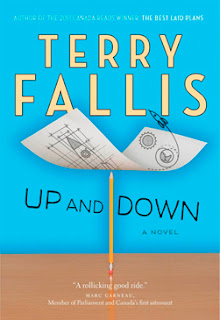 "Terry Fallis [author of Up and Down] , who claimed the Stephen Leacock Medal For Humour in 2008, is one of five authors short-listed for the honour this year.
'He won for Best Laid Plans, which was a self-published book,' recalled Todd Stubbs, vice-president of the Stephen Leacock Associates. 'So it was quite unique, the fact that it made it through the short list and was eventually chosen. We do get a large percentage every year of self-published books. They are long shots, without a doubt.'
The Leacock Associates have awarded the medal annually since 1947 to honour the late author [Stephen Leacock], and to support humour writing in Canada."
— Frank Matys, Simcoe.com
Read more...

You can meet Terry Fallis on Sunday, May 26, at the Elora Writer's Festival; get the details here… 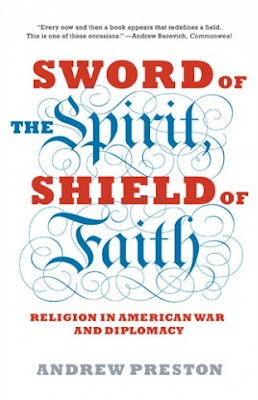 "Politics beat out art on Monday [April 15, 2013] as historian author of Sword of the Spirit, Shield of Faith: Religion in American War and Diplomacy, won Andrew Preston, the 2013 Charles Taylor Prize for Literary Non-Fiction.
Considered a long shot, the book on U.S. diplomacy by an expatriate Canadian at Cambridge University beat three books devoted to culture and one other on high politics to win the prize."
—John Barber, The Globe and Mail
Read more…

Meet the winner of last year's winner of the Charles Taylor Prize for Literary Non-Fiction, Andrew Westoll, at the 2013 Elora Writers' Festival; find out more here...

Buy all the books mentioned in this post (and books by Stephen Leacock)  here...
Posted by Elora Writers Festival at 12:40 PM